I’v been playing with ETag caching recently on one of my apps and found weird problem - in development pages were properly cashed but in production they weren’t: 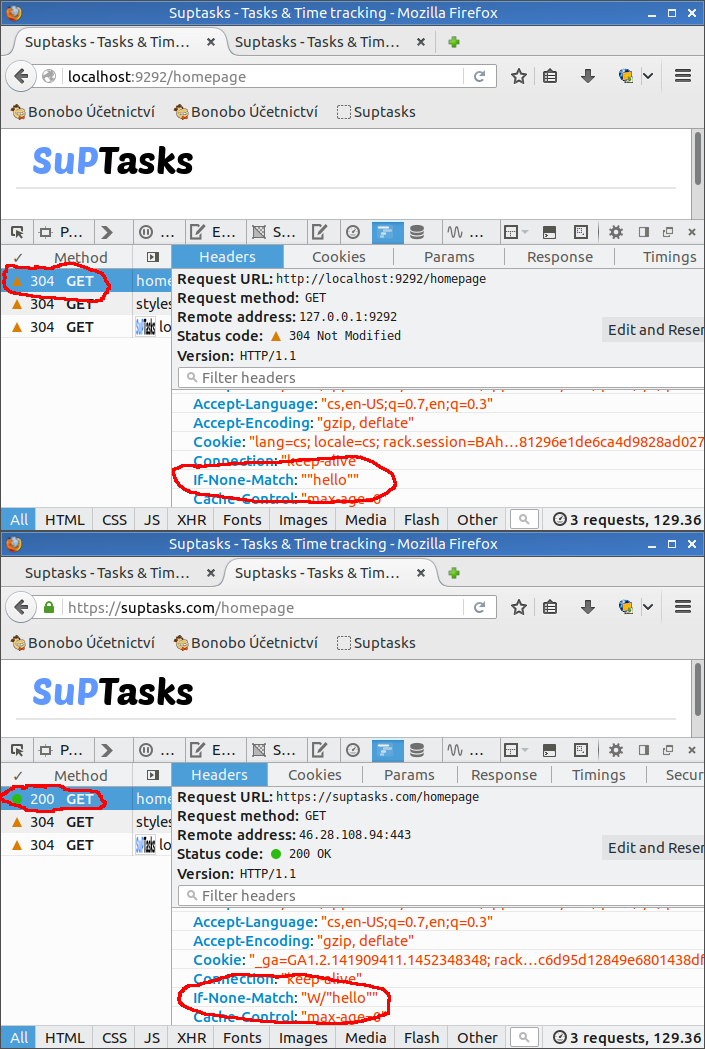 Inspecting pages with Firefox’s page inspector i’v found difference in ETag header values. In production i get weak Etag but in development i get strong one. I digged into Roda caching plugin but i only found that if you don’t pass { weak: true } options to roda #etag method, the ETag will be strong.

I tried the page in different browsers but it was all the same. The cache just wouldn’t work. Then i tried curling the production site. Curl was returning strong ETag - same as in development. But when i copied all request headers from browser to curl, weak ETags appeared. That’s interesting! By trying only one header at a time i found the change happens when i use Accept-Content: gzip. 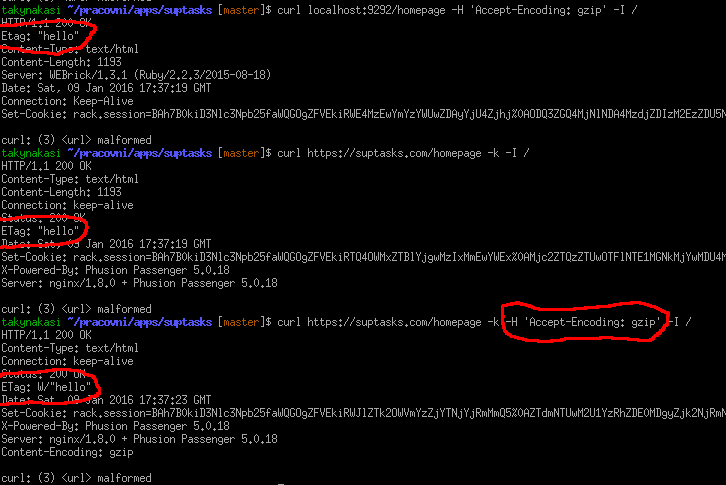 So it looks like gzip does it somehow. And gzipping is done in Nginx. I googled a bit and found following:

Nginx does it’s best to support caching by modifiing the strong ETag to weak one.

The problem is that Roda waits for “hello” ETag. But after Nginx’s gzip it’s “W/hello”. So when compared, ETags aren’t same and 200 response with full content is returned.

How to fix it?

Pass { weak: true } options to Roda’s #etag method. It will generate and then expect weak ETags and will properly return 304 responses. Looks like this in code:

The page is now cached! Hooray.

I wonder how Rails solve this? Do they generate weak ETags as a default? Also i wonder if Apache does the same with ETags after gzipping.

One last thing about Google Chrome

Another thing i found out is that Google Chrome strips HTTP cache headers for sites with unverified SSL certificate. Which is my site exactly. So that was initially another problem i had to solve to move on. They say it’s to prevent MITM attacks but i don’t like it.

Have a good one!